To help you better equip yourself in grappling, our online shop offers you a complete guide on this fighting sport: definition and history of grappling, grappling disciplines, most famous competitions, international rules and more... Discover everything you need to know about grappling!

Grappling, NO GI, wrestling grappling, jiujitsu without kimono... So many names for this fighting sport that it is quite difficult to distinguish it. Indeed, grappling is a combat sport that brings together techniques of control, projection, immobilization and submission of his opponent. Percussions such as kicks or punches are prohibited. The objective is to use a finishing technique such as dislocation, muscular pressure or strangulation in order to subdue the opponent.

The practitioner of grappling is called the "grappler". This combat sport can be practiced both in a standing position (called stand-up grappling) and in a ground position (ground grappling). However, it is the combat on the ground that is most commonly called "grappling".

In Europe, the origin of grappling is often associated with the history of wrestling dating back to ancient Greece. Indeed, it is a combat sport halfway between wrestling, Brazilian jiu jitsu, sambo and many other disciplines of submission, whose objective is to make the opponent abandon his opponent by using keys to the joints or strangulation techniques.

Royce Gracie, a Brazilian fighter, demonstrated in the 1990s that grappling is an art with which it is possible to make your opponent feel harmless once he is put down. After several victories against powerful and heavy opponents such as himself, Royce Gracie spread grappling around the world.

As stated above, grappling brings together several disciplines. They can easily be distinguished by the way in which they are practiced. Indeed, it is possible to practice grappling with or without a kimono: the GI and the NO GI.

That's why grappling is also called "NO GI", "Submission Wrestling", "struggle grappling", "jiujitsu without kimono" and many other names. In any case, the only difference between grappling and Brazilian jiu jitsu is the absence of a kimono.

An athlete must be wearing a fightshorts bjj and a bjj rashguard or IBJJF competition rashguard. The BJB shorts must be flat on the leg and must not extend beyond the knees. In addition, it must not contain accessories such as buttons that could injure the opponent. Same for the JJB rashguard, whether it is with or without sleeves, it must tackle the body. In grappling competition, it is also possible to wear knee pads without metal reinforcements. Finally, all wrestlers must wear a handkerchief throughout the match.

A grappler may wear a protective helmet for his ears during a fight. However, this grappling equipment must be approved by the International Federation of Amateur Wrestling (FILA). That is to say a JJB ear protector without metal reinforcements. Athletes with long hair may be required to wear a protective helmet according to the decision of the Refereeing Judges.

This grappling equipment is not mandatory, but wrestlers may wear FILA approved shoes. They must not have heels, studded soles, or metal parts. As far as lace-up shoes are concerned, each athlete must cover his laces with a piece of tape before coming on the mat.

In order to better equip yourself in jiujitsu without kimono, it is important to know that all the items offered on our online shop respect FILA standards. You don't have to worry about this! For more information, do not hesitate to contact us! 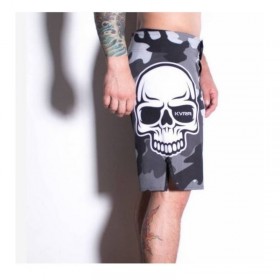 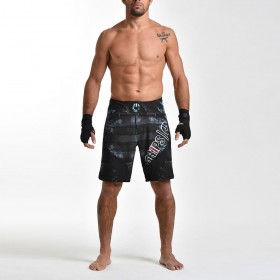 The all new Miura 2.0 Fightshort is specifically engineered for the modern MMA fighter.It features ergonomic cuts that allow free range of motion, comfort and secure fit. Miura 2.0 fightshort derives from the fusion of useful feedbacks from athletes wearing our gears and the experience we collected in past years of competitions. It encloses the two essential aspects that characterize our previous fightshorts: strength and elasticity of Miura Evo and the lightness of Green Battle. 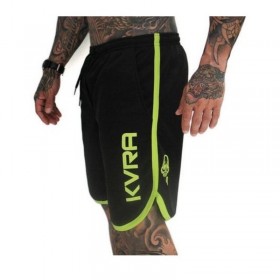 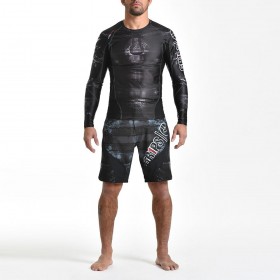 Product available with different options
The new Gr1ps Armadura 2.0 Rash Guard has been designed to provide mobility and protection during high impact sports and activities.The compression fiber technology added to the ergonomically shaped panels improve blood flow to your working muscles and accelerate your recovery time.Crafted with quick-drying active 4-way stretch polyester spandex fabric for maximum flexibilty and sides and back mesh panels that wick sweat away, you’ll feel confident and secure with the Armadura Rashguard on your back. 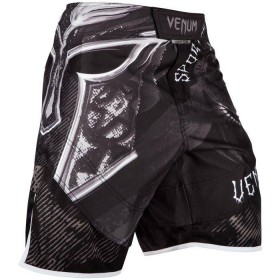 Get ready for the ultimate battle with the third version of the Venum Gladiator fightshort, featuring a beautiful design inspired by the ancient warriors, the gladiators!
100% polyester, these MMA Venum shorts will resist all fights. In addition, all the seams have been solidly reinforced.
€59.99 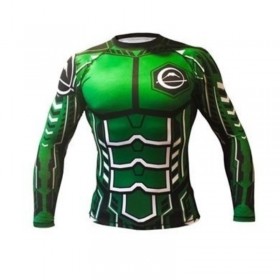 Become the grappling machine you always wanted to be with the Fuji ROBO Rash Guard! 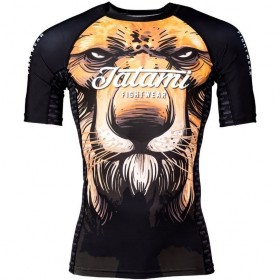 Product available with different options
Another fantastice rash guard designed by the talented Chris Burns. Made with the usual high quality material you would expect from Tatami, this rash guard has fully sublimated artwork to ensure the best quality long term. 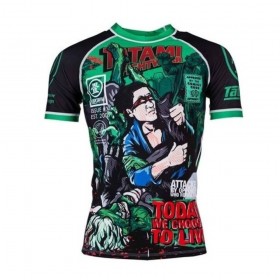 The Zombie Hunter Rash Guard - The end of the world has come how will you survive? All those hours of jiu-jitsu will help you through these dark times as you chimera, arm bar and leg lock your way to a new life 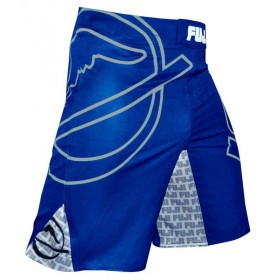 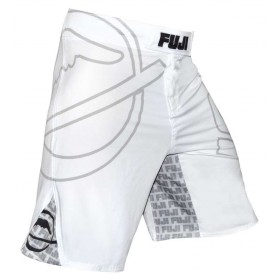 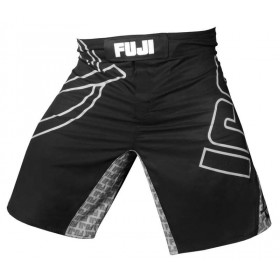 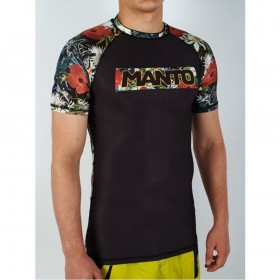 Product available with different options
The all new MANTO "FLORAL" rashguard featuring a original design. Printed with MANTO's exclusive sublimation technique for sharp and lasting lines and colors, train as hard as you want without worrying about the print ever coming off! 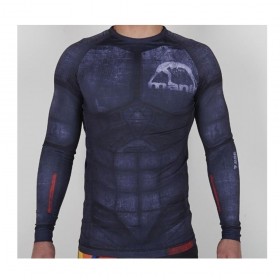 The all new MANTO "ALTIA" rashguard featuring a Mecha inspired original design. Printed with MANTO's exclusive sublimation technique for sharp and lasting lines and colors, train as hard as you want without worrying about the print ever coming off! 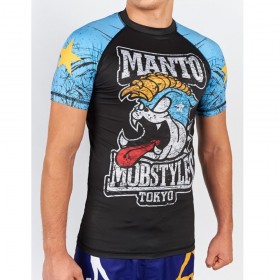 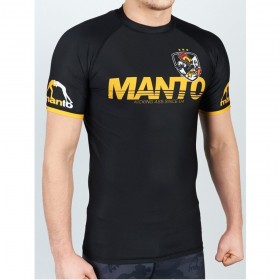 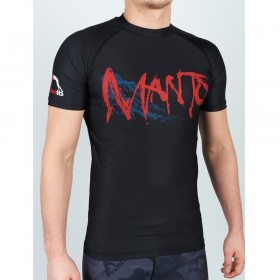 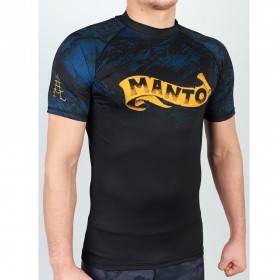 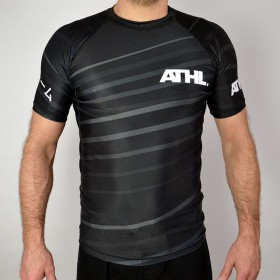 Product available with different options
A good start for the ATHL brand. JIU JITSU who gratifies us with a very nice and very neat JJB rashguard worthy of representing the athletes you are.
€49.80
Details View details 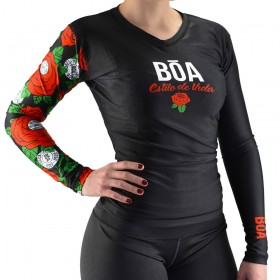 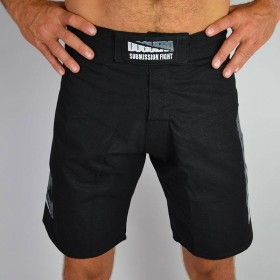 With the new JJB ripstop shorts from Doguera, face your opponents in MMA / Free fight or grappling. Its pretty embroideries ensure a neat design. Comfortable and resistant its elastic support and drawstring will provide a perfect fit.
€46.90 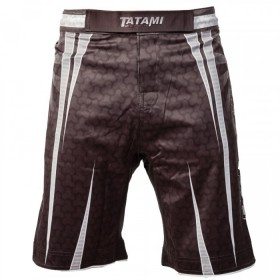 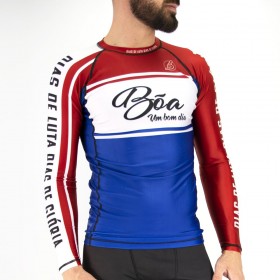 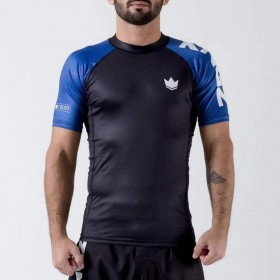 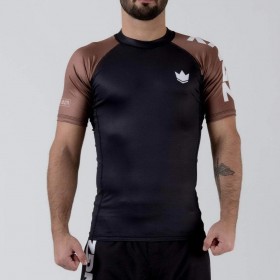 This site uses cookies. By  continuing to browse the site you are agreeing to our use of cookies.