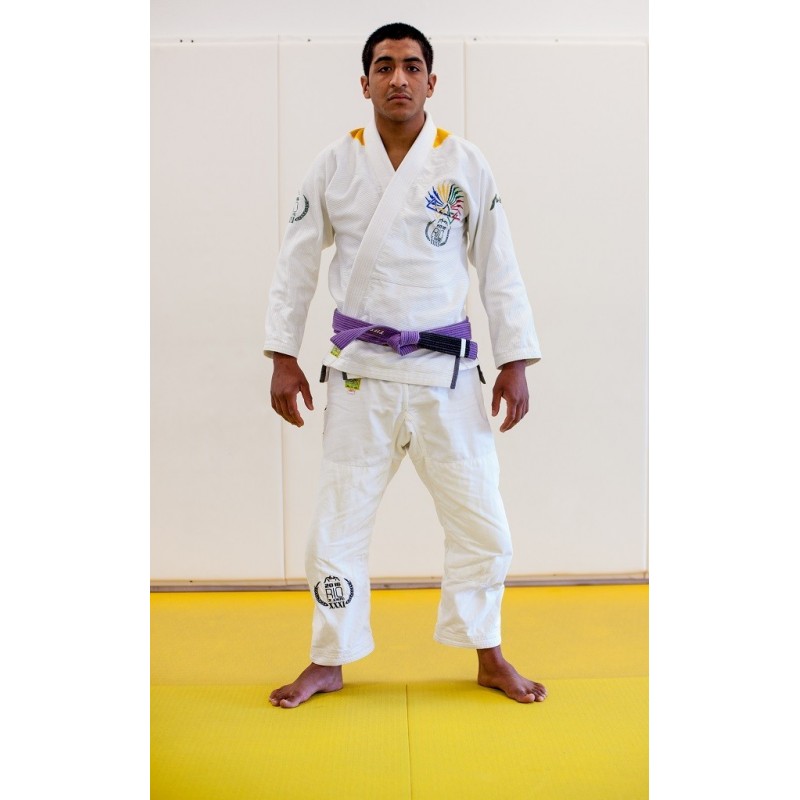 The city of Rio de Janeiro Brazil has been elected by the International Olympic Committee as the host city of the XXXI ( 31st Olympiad ) Olympic Summer Games in 2016. In honor of the 2016 summer Olympics, we have produced a Rio Games 2016 inspired BJJ Kimono.

Many have opposed Brazilian Jiu Jitsu in getting into the Olympics and some have favored.

The Rio Games 2016 Gi jacket cloth is a 450 gsm weight jacket made of traditional Pearl Weave material, ideal for competition and daily training and is lightweight & preshrunk for an ideal fit.

Standard Triple reinforced stitching across all stress points is standard and material is fast drying and fully breathable.

-Collar/Lapels made of a heavy duty extra firm EVA foam which dried fast and has anti-bacterial properties, wrapped with 12 oz. premium duck canvas.